The Power of Relationship Coaching – In One Simple Question.

As I write this, I have just finished a conversation with a women who is currently involved in a long distance relationship. She was feeling hurt and let down because of a recent phone call she had with her partner.  It seems she felt he had not been sympathetic enough towards her and in fact had been joking around, this made her feel unloved.  She wanted to ask me if I thought his was ‘normal’ behaviour?

I asked her this one question.

“Did you tell him you were feeling low?”

And after a slight pause, she admitted (with some realisation) that in fact, she had not!

She had assumed he would notice….. 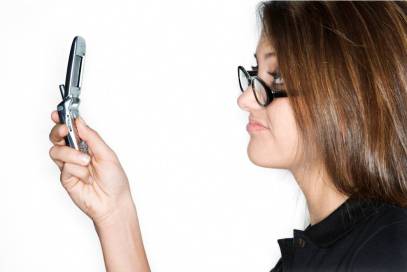 She was completely forgetting she was on the phone and unless she was actually sobbing, the only HINT he may have, is in what she actually says.

Unless its a long term relationship or he’s a trained listener or psychic, there is little chance he would pick up on her mood.

Suddenly, this one question had changed the entire outcome of her conversation with her partner as she realised, he did not know how she was feeling. Perhaps he did love her after all 🙂

This is the Power of Coaching!

This is not an isolated incident, we all do this, especially women.  We assume

our partners should know when we are sad or angry;  “I mean cant they feel our mood or hear our sad thoughts.…..??”

It is possible if having the same conversation with a girlfriend, they may have noticed but most males don’t dig that deep.  I am not saying men are unfeeling or shallow, absolutely not!  Simply that life is mostly Black & White for men and many shades of Gray for women.

Its part of a woman’s genetic make up to be aware of all around her. As physically the smaller of the sexes and as mothers, we have to protect ourselves and our young for a long time.  To do this we must become conscience of moods, of changes in tone of voice or body language. Generally we cannot fight the physically stronger males, so we are always on alert for signals. Anything that will give us a chance to get away before any harm can be done.

Men on the other hand, are more tuned into the territorial posturing & aggressive behaviour of other men; for obvious reasons. Generally they are not looking for other subtle signals. So, if you are giving off all sorts of soft signals saying “comfort me, I’m sad today“, its unlikely they will see.

You are probably going to actually have to SAY IT!

A strong and lasting relationship, depends not on the passions of lust and love but on how well you communicate with each other.

SO ITS TIME TO START TALKING!!

Note: If you are having relationship issues, it can really help to share this with your coach.  We are trained to ask the right questions, that will lead you to look at the situation differently and to find your solutions.  Together we can turn that doubt into hope, that lie into truth & hurt into love.

How Can Coaching Help Me?      Testimonials

Hi, I'm a Mother, Wife, Nana and Survivor of life and Cancer who likes to smile, have fun and help others to do likewise. As a certified coach I get to do that a lot, which is pretty awesome.! I look forward to helping you get your smile back :) Coach Lin

Coaching, How To, Life, lessons, Relationships

One thought on “The Power of Relationship Coaching – In One Simple Question.”

Would love to hear your opinion :) Cancel reply

This site uses Akismet to reduce spam. Learn how your comment data is processed.